Broadcast TV Down: Is That Bad News? 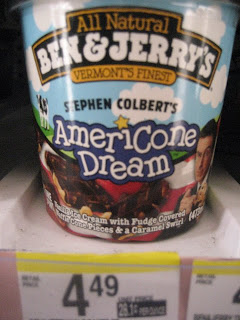 One way to make money from TV other than ads in the program.
Today’s Wall St. Journal story on the decline in TV ratings snapped me back to an alternate universe, a week after listening to ABC’s digital programming EVP Albert Cheng talk about revenue “per episode" at the Streaming Media West show. If broadcast TV executives are counting their pennies the way the “blast-from-the-past” story described it, they are in trouble:

Many viewers haven't rushed back to their television sets to watch this year's highly promoted season premieres, preferring to catch the shows on digital video recording devices and online -- or not catch them at all.

An average of 9 million people tuned in to prime-time programs on the top five English-language broadcast networks the night they aired last week, a 4.3% decline from the first week of the 2007 TV season, according to Nielsen Media Research.

OK, the “not catch them at all” part would be distressing. But why would watching in some fashion other than linear broadcast be considered a negative? Advertisers and Nielsen are already allowing for the “+3” formulation that accounts for viewers who watch a show up to three days after initial airing. TiVO has good measures of how many ads are viewed in a DVR’d program, making the case that even when forwarded through, some ads stick. Ads that are actually watched on a DVR are probably more impactful than on broadcast. And, what about the bathroom or snack or pick-up-a-coffee-table-magazine breaks during commercials?

Perhaps NBC’s Jeff Zucker was right when he said that NBC now has to manage not for ratings, but rather for profitability. What’s a show worth if you add up the revenues not just from broadcast TV ads (and reruns and overseas...) but also DVD and iTunes sales, and Web and mobile and anything else from which you can make a penny? Perhaps broadcast’s worth can even be counted as a marketing opportunity for sales in the other platforms.
It’s not like any TV executive should, at this point, be surprised by any of this, except perhaps the pace, accelerated by the apparent lasting effect of the writer’s strike. It’s not like DVRs or the Web are a surprise at this point. Sure, the days when a TV ad sales exec could just wait for the phone to ring and take the order are long gone. A show that’s a hit has so much more than broadcast TV to rely on. That people are watching in other ways than over the air should be seen as a triumph of the programming, not a downside. Even for ads, there are innovative ways to go about it. There's no reason, for example, that commercials have to be exactly 30 seconds and fit neatly into a format that's decades old (and easy to skip and avoid). Now, it’s the executives’ jobs to turn that popularity into money. That takes work, sure. But that’s all it is.