Magazines: Can We Include Digital? Please? 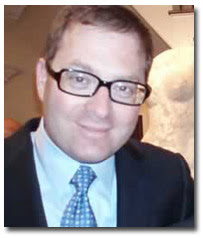 All the coverage of the decline in newsstand magazine sales so far this year misses the full picture. We need to see what else the mags are doing, where other revenues are coming from. We need to include not just digital replica and app editions --  the only parts of digital publishing counted by auditors and are a small part of the pie -- but also everything from YouTube channels to events and services (as Hearst chief David Carey likes to tout), all the "touchpoints" of the brand. And how about data sales, and e-commerce  and whatever else?

While magazines still consider their print editions as flagships, most understand that they are really media brands of which print is only a part.

We also need to see circulation figures. For most magazines, newsstand sales -- as opposed to the more even and booked "pre-revenue" of subscriptions  -- were always an indicator, but only a sliver. "Staffers at magazines love to say that newsstand sales aren’t an accurate way to portray a title’s health anymore," says Fishbowl NY (which I once managed),  "but these numbers have got to raise some concern." Concern. OK. It's true that all the rest suffers if the flagship is, well, flagging; fewer people picking it up, fewer chances to drive people to all those other goodies. Still, Carey says, at Hearst print accounts for 40% of  revenues, while digital accounts for 40% and services 20%.